Trinitty’s song ‘Yesterday’ has reached #1 on the Radio Indie Alliance and was chosen to have the music video for ‘Yesterday’ aired on German TV. 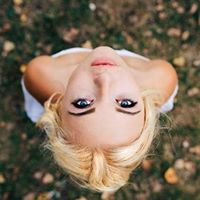 Trinitty has a soulful gift and the vocal talents to make you take note and within one listen you’ll have “Yesterday” on repeat.

Trinitty is a young Pop and R&B songstress who has the ability to deliver emotion, not just with her tone, but also with the lyrics conveyed in her music. She has reached #1 on the Radio Indie Alliance and will have her video for ‘Yesterday’ aired on German TV.

‘Yesterday’ is off of her upcoming EP, On My Own. The EP is a coming-of-age story that reflects on aspects of growing up and realizing ways of coping with rejection, to move to a point of understanding and hope. Recently, ‘Yesterday’ was ranked #1 on the Radio Indie Alliance, Kingston Q108. The ranking is listed HERE.

Born in Toronto, Trinitty has always loved the arts. Since she was young, she was involved in acting and was featured in various short films and television programs. Recently, the young talent decided to pursue a career in singing and songwriting. Trinitty underwent more than five years of intensive vocal training, after which she made her first live performance at the Glenn Gould Studio via CBC Canada where she sang Bonnie Raitt’s “I Can’t Make You Love Me”. The performance can be seen HERE.

“She has an innocent pop sound that is comparable to a young Kelly Clarkson and Victoria Justice … Trinitty has a soulful gift and her notes carry more weight that processed pop. She has the vocal talents to make you take note and within one listen you’ll have “Yesterday” on repeat.” Kendra Beltran, Indie Music Reviews

Trinitty’s music video for ‘Yesterday’ will soon be on German TV! The song was chosen to be featured on the Music Video Show and aired on German TV to over 500,000 homes in Hamburg, Germany in January 2017. Check out the YouTube channel for the German TV show HERE.

And, if you like The Weeknd, check out Trinitty’s cover version of ‘Shameless’ HERE.

Trinitty performed at two locations during the prestigious music festival, SXSW, in Austin Texas, along with performances at Launch Music Festival in Pennsylvania. Trinitty has also been asked to audition for American Idol and America’s Got Talent in a ‘skip the line’ audition process, based on being scouted by their producers.

Trinitty is currently studying online with Berklee College of Music in Boston through the Interdisciplinary Music Studies Program.